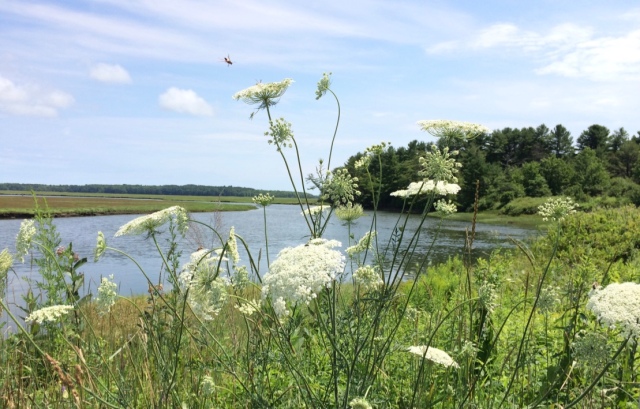 I worry about loneliness.

During those times times in my life (the literal and figurative Februaries) when I’ve been very lonely, I try very hard NOT to think about loneliness—that just compounds the misery. But because loneliness is horrible—and because it’s in my nature to worry about many, many things—even when I’m happily not alone (the literal and figurative Augusts), I’ll have fleeting moments of profound, disconcerting concern: sure, I’ve got people now, in this moment, I’ll think. But what if that changes? how will I manage the next time I’m alone? what should I be doing now to guard against an uncertain, potentially-lonely future?

To clarify—when I talk about being alone, I don’t mean solitude. Some of us need a certain amount of time on our own, away from the demands of the world—away from the noise, motion, emotion, and (often disordered) thoughts and behaviors of others. Overwhelmed, over-committed, over-stimulated, overcome, over-done, we need peaceful stillness (and a bit of ice cream and Netflix) to restore a sense of balance for ourselves, to get our own disorder back in order. That kind of restorative solitude isn’t a problem, it’s an absolute necessity.

But being the kind of person who needs that kind of solitude often goes hand-in-hand with being the kind of person who doesn’t—can’t, really—have a huge network of friends and relations. We can’t help but be who we are, and some of us are simply not built for extraversion: we might be shy; we might be hard-wired for aversion to crowds, and telephones; we might recoil, completely involuntarily, at the idea of joining things, or calling people out of the blue, or networking, or small talk, or making the first move, or sharing personal space with people we don’t know.

You see the problem.

We want to be friendly and make connections, we really do…But: when everyone else is making phone calls (how?? how do you just barge into the personal space of someone on the spur of the moment?? the exposure! the intrusiveness! the claustrophobic feeling of being trapped, stuck, yelling into our little boxes and never being able to hear what the other person says? horrible!!), or going bowling (shoes that other people have worn!!), or effortlessly working your way into conversation circles to chit-chat about manicures at cocktail parties (it’s like what they say about being an anesthetist—long stretches of boredom punctuated by moments of intense panic), or most social interactions which many people consider completely normal and even kind of fun—Nope. Just. Can’t.

The last networking reception I was at, I got my one free glass of wine, made two laps of the room trying to look open, alert, and approachable—which doubtlessly resulted in me actually looking shifty-eyed, skittish, and a little crazed—and ended up wafting around helplessly like a stray plastic bag on a windy street—buffeted by the social currents, aimless, superfluous, unwanted.

You extraverts never imagined that putting on a Hello, my name is —— badge could be so fraught, did you?

The world seems to be set up by extraverts expressly to make being extraverted easy, and to make being introverted a constant, sisyphean ordeal. In other words, some of us find it really, really hard to make a lot of friends.

This is a problem that many people just don’t care about most of the time, because they just don’t have to. Sorry, that sounds a bit judge-y, but I’m not wrong. Maybe you’re naturally outgoing; or are, by birth or relationship, part of a relatively large, close-knit family; or you’re lucky to live or work with sociable, community-minded people; or some combination of those circumstances—then the idea that you would need to make a deliberate effort to get and keep people around you probably never crosses your mind. In fact, you’re more likely to occasionally think—depending on the day— that you’re blessed, or afflicted, with too many people rather than too few. You’re living the norm, and, kind of by definition, we tend to take the norm, the default, the status quo for granted.

I’ve done it myself: I’ve gone through phases of my life where I’ve had my hands full with relationships, and family, and friends. I’ve taken the situation for the status quo; I’ve been complacent, maybe even a little self-satisfied. I’ve even been peripherally aware of others making overtures of friendship to me, and have brushed them off because I simply felt that my social and emotional dance card was full. It’s a nice kind of excess to have, and the kind we make make note of in our gratitude journals without really grasping its value. Often—like the song says—you don’t know what you’ve got ’til it’s gone.

But we live in tenuous, unstable times. Communities and families don’t have the cohesiveness that they once did. We idealize, fetishize, our private space as a sign of independence, success, status, no matter how resource-intensive and anti-social. Whether by choice or exigency, we form bonds and then we break them, or they get broken for us, or they just…dissipate. We get caught up and worn down by the need to look after others at work, then by the need to look after ourselves outside of work, and, in a stupid irony, the more we have to rely on ourselves for care, the less time and energy we have to connect with others who could share some of that burden with us.  A relationship ends—a marriage, a friendship—and takes other connections down with it. Financial and professional survival drives us to move. We’re so distracted by the illusion of connection that we mistake our online interjections (hey! look at this! look at me!) for the work of building and maintaining relationships. We discover that friends and lovers are just like us—that is, occasionally provoking, needy, or boring—and when we can’t be as patient and compassionate with them as we wish others were with us, we avoid, we fade…and in the absence of any entrenched social mechanisms to keep us tied to one another through our moments of weakness and pettiness and fatigue, the next thing you know it’s February, and everyone has somehow become no-one.

It’s not February now—literally or figuratively—but it has been before and will be again. Winter is coming, and all that, and you don’t want to be stuck on the wrong side of the Wall when it does.

So when you contemplate the impending return of cold and darkness, what do you do to ensure that you’ve got all the people you need to mount a good defense? Because it’s now, in (figurative) August, when you have to take conscious steps to prepare for (figurative, nightmarish) February.

You might say that your defensive strategy is just to chill the f*ck out, because, as someone who is untroubled by either introversion OR what seems to be a near-paralyzing degree of hyper-vigilant anxiety, you’re pretty sure there’s nothing to worry about. Things will sort themselves out.

Every hear the story of the grasshopper and the ants? Here’s a dirty little secret: when a laid-back person congratulates herself on how easily things sort themselves out, it’s often because, somewhere, there are neurotic, hyper-vigilant, hyper-responsible people toiling neurotically behind the scenes to ensure the sorting out gets done. Grasshoppers believe, with charming romanticism, that no non-professional relationship ought to require anything so vulgar as work. Ants know better. If we ever actually did just chill the f*ck out, we know that activities would not get planned, reservations would go unmade, invitations wouldn’t be sent, and, when the grasshoppers failed to rsvp yet again, invitations wouldn’t be re-issued with “high priority” and “read receipt” alerts added. In short, civilization (or, at least, our social groups) would collapse utterly.

Plus, ants like me couldn’t chill the f*ck out even if we wanted to (and we do, but just can’t).

Faced with the prospect of February, of long nights, empty of company and thus full of terrors, there can be no other strategy than to disregard the dangerous insouciance of the grasshoppers,* and to continue working, fretfully, anxiously, to shore up the defenses, to enlist as many allies as possible, to build up our stores of people.

I wish it weren’t such difficult work, so high-stakes, so costly in terms of time and emotional energy. I wish it were work that was just done already, once and for all, preferably by somebody else (why can’t it??).

It makes me tired just thinking of it.

But there’s no other way. Each of us—not just neurotic, only-child, introverts like me, but all of us—is vulnerable to being alone when we don’t want to be. And if we wait until (figurative, nightmarish) February to help one another, it’ll be too late. Community is our only defense against the loneliness that threatens us all. And yet, since communities don’t just happen any more (if that was ever the case), they have to be made. More precisely, people (all the ants, all the grasshoppers) have to make and nurture them, with intention, with effort, even with a bit of neurotic hyper-vigilance. We might have to cooperate; we might have to share; we might have to get over ourselves, and occasionally be where it’s noisy and crowded.

Building a community seems like work we shouldn’t have to do—it’s (literal and figurative) August now, and the cold and darkness seem very far away. But when winter comes—and it always does—it’ll be worth the effort, to calm the worry now, and to stave off deprivation then.

Let me know when you’re ready to get to work.

*You can accuse me of mixing metaphors all you like. I’m perfectly confident, however, that Jon Snow is an introvert completely familiar with a Westerosi version of the grasshopper/ant parable, and his frustration at being one of the latter trying to save the former in spite of themselves is what makes him look so continually tortured and put-upon.

**But dammit, I will NOT use the bloody phone. That’s my line in the sand. Stop yelling into those little boxes and use literacy and technology to communicate like civilized people.

Writer, editor, researcher, educator, and dancer. Will opine for cash, pastry, or attention.
View all posts by Carol-Ann Farkas →
This entry was posted in Uncategorized. Bookmark the permalink.