On the Refusal of Service 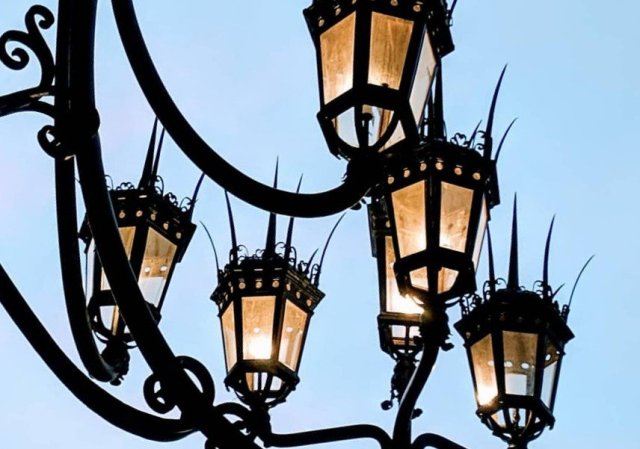 One of the pleasures of a certain kind of Boston life, is to spend an afternoon reading and writing in the Public Library. The BPL, like all libraries, is an amazing phenomenon, a space dedicated to learning, to the sharing of knowledge by the creators and grateful consumers of all manner of media. And as anyone who spends a lot of time in libraries knows – as anyone who loves learning knows – the values which make that sharing, that generosity, of knowledge possible tend to associate with other kinds of generosity, like, for instance, offering hospitality, refuge, safety. As a recent episode of This American Life put it, the public library is truly a magical Room of Requirement.

Which is why is should be no surprise that the BPL, like other libraries, is a magnet for all kinds of people on any given day – those who come here to work, who come for diversion, and those who come here because a “clean, well-lighted place” filled with books, newspaper, and peaceable people is a wonderful respite in the midst of a city that can often be hard, unwelcoming, and unkind.

That is, the library attracts a lot of Bostonians who might be homeless, or indifferently sheltered, those who are not privileged, not well, and not in a state where they can accept much help from others, if there are even any others to offer it.

If you go to the library a lot, you’ll see them, wearing more clothes than the weather would encourage in the summer, or too few in the winter, maybe sitting with a book or a paper, maybe not, often surrounded by several bags or bundles, the belongings they have to keep with them wherever they go for fear of having someone take the little they have.

In a city like Boston, this all tends to become so much background – because what can anyone do about it, surely that’s something for the City to take care of? I’m no better than anyone else either – caught up in whatever urgent rushing around that we all do, I steer a path around the person talking to themselves; I do that thing, where someone asks you for change and somehow it would be rude to pretend you don’t know what they’ve asked, but it’s all right to instead avoid eye contact, give an apologetic shake of the head, a sympathetic, whispered “sorry” – and keep walking by. What do we know of how our disadvantaged neighbors manage to find something to eat every day, or where they go at night if they’re not sleeping rough, or where they find a place to bathe or clean their clothes? We don’t know, because we don’t want to, and the structure of our lives makes it possible for us not to.

A couple of years ago, I was passing through the newly-renovated atrium of the library’s Johnson building, the space bright, welcoming, and bustling with patrons, when I noticed a younger woman just…standing still. Everyone else was on their way somewhere, and she…wasn’t. I tried not to stare, but kept looking, as my brain registered a disconnect between what I was expecting to see – perhaps a college student, dressed casually for an afternoon of studying – and what I did see, which was that, while her clothes were unremarkable, they were also filthy, as was her face, and her hair wasn’t fashionably tousled, it was in fact tangled and stiff with dirt. As people flowed around her, she stood still, staring intently at something and nothing, clutching one of those quilted, floral bags that you pay quite a bit of money for at the mall, so that other people recognize with approval that you’ve all paid to have the same bag – only her bag, like the rest of her, hadn’t been washed in a very long time.

I didn’t stop. (Did you?) And if I thought about the young woman much at all it was to wonder selfishly (callously) if BPL security was going to nudge her out the door before her dirtiness disturbed other patrons.

Which must have been what happened, because I saw her again the next day, only instead of being in the library, she was across the street, in Copley Square. She was still filthy, still standing still, still staring fixedly ahead of her. I wondered if it was the library’s beautiful 19th century facade that held her attention, or something, someone, else, as invisible to passersby as the woman herself.

And she was there the next day, standing still, staring at the library. And she was there most days after that. I first saw her in July; and she was still there, standing, staring, well into the fall, into the onset of winter. At some point, as it got colder, she appeared with a new-looking parka, though she kept the same shoes – once some kind of loafer, now shapeless and down at heel – and had no socks, even in the damp cold and November wind. She’d have been warmer inside the library, but as far as I could tell, she wasn’t going back in, though the fascination of the place remained. She continued to stand and stare.

Obviously, she had somewhere to go at night. Right? Surely she wasn’t sleeping on the streets? Someone had given her that coat, but what help did she have beyond that? She wasn’t any cleaner; did she have food? This young woman was very clearly unwell, very clearly vulnerable. Was she safe?

Asking these questions upset me. But what could I do? (because that’s what you ask, when you don’t have the combination of care, motivation, and knowledge to override your social conditioning, to override your discomfort, and act, but then you can say that at least you were upset). Why didn’t the City do something?

I thought about this woman a lot, and about the many other people like her in so many ways, but, who, unlike her, were somehow able to satisfy the library’s security, and have, at least, a warm, peaceful place to go for a few hours of the day, who could maybe use the library’s bathrooms for a bit of cleaning, a bit of dignity, who might be able to sleep, knowing they’d be safe, that their belongings would be safe too. I thought of the Richard Selzer story I often teach, “Toenails,” a parable of charity which takes place in a public library, a story which I use to prompt my students to think more empathetically (good for me, teaching empathy, when I was so overflowing with it myself that I did nothing for this young woman). I thought, if someone, if the City, if whoever was supposed to be caring for our neighbors were going to do something, the library would be the ideal place to do it.

Surely I couldn’t be the only person to have that idea?

(So I could wait, in hopes that someone else would have the idea, and would do the thing that I didn’t know how to do.

And where were you, at that same time?)

A couple of weeks ago, I saw an NPR report on how some libraries, recognizing the role they play in their communities as a refuge to a variety of people, have begun hiring social workers, and training librarians in how to help patrons with more than finding books, connecting them with vital social services as well. Wonderful, I thought. Someone is doing something after all.

Then I went to my library, the BPL, one of the oldest and most venerable institutions dedicated to welcoming the public within its doors, and encountered this sign at the entrance:

If these rules were only designed to limit bad behavior – loud talking, the noisy consumption of pungent sandwiches in the quiet study room – I’d be grateful for the library’s crack-down. Apparently other patrons felt the same, as I’m sure these rules came about after one too many visitor had complained. After all, the library might be open to all, but not to all kinds of bad behavior, right?

I thought of the young woman (one person, somehow visible when it’s so easy not to see the many others). I thought of how badly she needed shelter, and how poorly equipped she was to meet the library’s criteria for admission; how if she had the ability to present herself as neat, and tidy, with no offensive smells or offensive needs, she might not have been drawn to the library at all; she wouldn’t have stood, staring at the library for months. Indeed, this checklist seemed designed deliberately to be unachievable, and to give security the right to turn away a lot of the people who most need the library to be refuge, who most need somewhere welcoming to go.

Because if it’s not the library, where else, exactly, can they go? Who else will welcome them?

Whoever made the complaints that led to this Code of Conduct: will you take care of those whose behavior, whose existence, is objectionable? Excluding those people from the awareness of deserving patrons like ourselves (because we don’t think we’re the same, do we?) won’t make their problems go away, and will, in many cases, make them worse. Someone should really do something about those people, we all agree, except that it won’t be me, or you, or our public library, but surely this will be taken care of somehow, by someone.

We can sleep easy at night, and use our library with a clear conscience in the morning.

Writer, editor, researcher, educator, and dancer. Will opine for cash, pastry, or attention.
View all posts by farkasca →
This entry was posted in Uncategorized. Bookmark the permalink.